Skip to Newest Articles Skip to Search About Us Skip to simple menu
GrandBlancChiropractic.com

Archive for the 'Whiplash' Category

Whiplash associated disorders (WAD) is a term that describes the cluster of symptoms that can arise from an injury caused by the sudden acceleration and deceleration of the head and neck, most often seen in a motor vehicle collision. Whiplash injuries are classified in four levels: WAD I (no/minimal complaints/injury); WAD II (soft-tissue injury—muscle/tendon and/or [..]

Whiplash associated disorders (WAD) describes a constellation of symptoms that can arise from the sudden jerk or snap of the head/neck that results in the overstretching of joint capsules, ligaments, muscle tendons, disks, and nerves of the neck and upper back. While it’s estimated that about two million Americans experience a whiplash injury each year, [..]

Following a car accident, slip and fall, or sports collision, many whiplash associated disorder (WAD) patients are advised by friends, family, co-workers, or an attorney to see a doctor of chiropractic. For many WAD patients, this may be their first experience with chiropractic. What can they expect? During the initial visit, the patient will first [..]

It’s estimated that half of patients with chronic whiplash associated disorders (WAD) will experience vision-related issues such as poor reading concentration, light sensitivity, visual fatigue, and eye strain. Why is this the case, and what can be done for such patients? Eye movement control depends on the position of the head in space, and head [..]

In the past decade, mild-traumatic brain injury (mTBI, or concussion) has been a major topic in the sports landscape. While most mTBI patients recover within a few weeks, some can experience ongoing issues, which can be described as post-concussive syndrome. Let’s look at what the current literature says about it and if chiropractic care may [..]

It’s estimated that more than two million Americans sustain a whiplash injury each year. Despite the prevalence of the condition, the general population doesn’t know much about it. Here are five important things everyone should know about whiplash. 1) Whiplash isn’t only caused by car accidents. Although motor vehicle collisions are the most common and [..]

While neck pain is one of the most common reasons patients seek chiropractic care, the underlying cause of neck pain can vary. In some patients, the cause may be unknown or it may be the accumulation of years of poor posture, bad ergonomics, and an unhealthy lifestyle. In other patients, such as those who experienced [..]

When it comes to whiplash associated disorders (WAD), injury to the cervical spine is generally the focus, but what about the mid back? Can this area be injured in a whiplash event? According to the available research, not only can the mid back become injured in an automobile accident, slip and fall, or sports collision, [..]

Whiplash associated disorders (WAD) is a term used to describe the myriad of symptoms that can occur following the sudden acceleration and deceleration of the head and neck. One of these symptoms is dizziness. How does the whiplash process lead to an impaired sense of balance, and are some individuals at greater risk than others? [..] 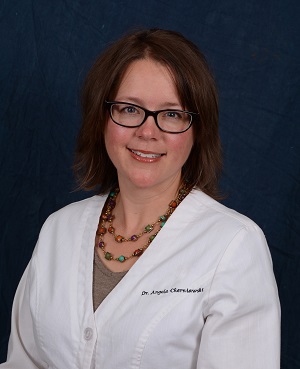